The Gold league is a national league which reflects results for horse/rider combinations that have five registered results or double clears at 1.35m and above in National and International Shows hosted within England, Scotland and Wales.

A League Points Table and class specific information can be found within your National Members Handbook which is also online here.

HOYS
The two highest placed riders, whom are eligible for British Team selection, on the Gold league list in the period of 1st April  - 31st July in the current calendar year will be invited to compete at HOYS via an International Invite.  Should the rider already have qualified, the invitation will be extended down the line.  The invitations to HOYS will be extended as follows:

a) Being the International Stairway League Winner (or highest placed eligible rider) on the League who has
also competed in the Final.

b) By winning (or being the highest placed eligible rider) in the International Stairway League Final.  The winner
of the Final will also be crowned British Showjumping National Champion for a 12 month period.

c) By winning (or being the highest placed eligible rider) on the National  Championship Show  League . This
League table will be Rider based and will consist of three competition legs including and culminating with the
International Stairway League Final.

d) By being the leading U25 rider within the Top 10 on the National Championship Show League League. 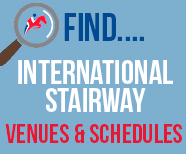 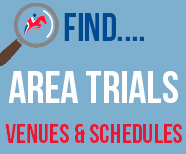