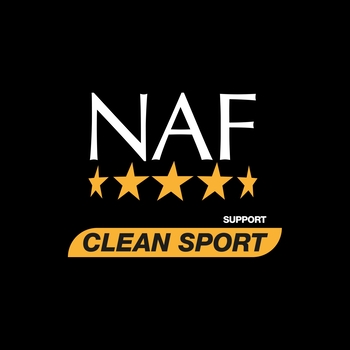 The final day at Fontainebleau Youth CSIO saw all four age groups - Ponies, Children on Horses, Juniors and Young Riders - take to the arena for their respective Grand Prix competitions.

Pony riders Grand Prix
This was the first competition of the day and fresh off the back of their Nations Cup the day prior for which fifty-three starters came forward to tackle the 1.30m thirteen fence track built by Yann Royant (FRA).

Eleven combinations made it through to the shortened jump off track, including three Brits – Tabitha Kyle with Gangnam Style, Poppy Deakin with Armene Du Costilg and Sophie Evans with Oscar Van De Beekerheide. First of the Brits was Tabitha Kyle, aged 14 years from Loughborough in Leicestershire with the 13 year-old bay gelding Gangnam Style, owned by TJ Hall Limited.

Juniors Grand Prix
This class saw fifty riders come forward to contest the thirteen fence 1.40m course to eventually result in eleven going through to the jump off. Drawn fourth to go in the jump off was seventeen-year-old, Essex based, Claudia Moore with the 10-year-old bay mare, Hardesther, owned by Katrina Moore.

Their tremendous performance resulted in a double clear in a time of 38.39 seconds, taking an early lead. There was just one combination who managed to top Claudia’s score and time to take the win, and that was Louise Ameeuw (BEL) and Nasty Boy De Muze, shaving just 0.14 seconds off the leading time, resulting in a second place for Claudia and Hardesther. Iwan Carpenter and Merllyn's Chocca Nova lowered one pole in the jump off to finish in 10th place.

Further information on the show and full results can be found here.

Read our Team NAF Pony riders Nations Cup in Fontainebleau round up here.

NAF’s premium range of Five Star brands include Superflex, Superflex Senior, PROFEET, Optimum, Magic, Oestress and Respirator Boost with quality at the heart of everything they do. They are a UFAS (Universal Feed Assurance Scheme), GMP+ (International Feed Assurance Scheme) and BETA NOPS (Naturally Occuring Prohibited Substances) accredited company and this enables them to guarantee full traceability on all the natural ingredients they utilise in their formulations, which are also selected in compliance with the FEI guidelines for Clean Sport.