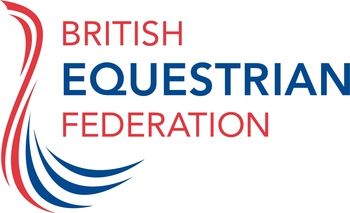 Two Olympic gold medallists, currently Britain’s highest FEI-ranked showjumpers, are included in the strong squad that heads to Rotterdam to try to secure Team GBR a place at the Tokyo 2020 Olympic Games.

In alphabetical order, the selected squad has been named by British Showjumping selectors as:

Amanda Derbyshire (30) from Leyland in Lancashire and based in the USA with the 11 year-old bay mare  Luibanta BH (Luidam x Abantos) owned by Gochman Sport Horse LLC.  Their travelling groom is Lesley Veall.

Laura Renwick (44) from Maldon in Essex with the 11 year-old chestnut gelding Dublin V (Vigaro x Calvados)  owned by Arabella Prior.  Their travelling groom is Ludo Langton.

Performance Manager Di Lampard said “The European Championships this year are absolutely crucial if we are to qualify for the Olympic Games at Tokyo next year.  I have full faith that the selection panel have put together a very strong team who could not only secure a qualifying ticket for Tokyo but also medal in both the Team and Individual Finals.  I would like to personally thank all the owners that have made their horses available and of course the riders who are as committed as I am to delivering for Great Britain.  In addition I extend my thanks to the dedicated support team at the BEF and British Showjumping who also play a vital role”

British Showjumping Chief Executive Iain Graham commented “We go forward to Rotterdam with a strong team in whom I have full confidence.  In Ben and Scott we have two London 2012 Team Gold medallists who have also held the top spot individually on the world ranking lists.  Both Holly and Amanda have proven themselves as Championship Team riders and Laura Renwick has been having consistent success at top level.  I would like to congratulate the entire team on their selection and also thank the owners who have generously made their horses available for the British campaign as we set our sights on Tokyo.”

Scott Brash MBE: “My plans for Hello M’Lady this year have been entirely based around preparing her for the Europeans, so that I knew she would be ready for these all-important championships from where we need to qualify for Tokyo 2020. I was delighted to receive the call-up for the team and would like to take this opportunity to thank my owners Lord and Lady Kirkham and Lord and Lady Harris for their ongoing support.”

Amanda Derbyshire: “I couldn’t be any happier to be selected for what will be my second Championships. Obviously I wish I hadn’t had a fall recently but I feel confident that I and Luibanta will be going to the Championships in fighting form. I’d like to thank Becky Gochman for her continued support and encouragement and the entire Baxter Hill Team for all they do for me.”

Ben Maher MBE: “Representing Great Britain at championship level is always an honour and I would like to thank the Moffitt family and Poden Farms for making their outstanding horse, Explosion W, available for Rotterdam. This is a crucial championships for us in terms of qualifying for Tokyo and I am delighted to part of the team that has been entrusted to deliver that all-important Olympic ticket.”

Laura Renwick: “I’m really excited and proud to have been selected to represent my country at not only my first European Championships but also one that is extremely important to Great Britain in terms of Olympic qualification.  I would like to thank my owner Arabella Prior and her family who own Dublin V and of course my husband John for his ongoing support and belief in me.”

Holly Smith: “I’m delighted and honoured to be representing Great Britain again on a Championship team. We have a serious task ahead of us in Rotterdam in respect of qualifying for Tokyo and I’m absolutely focused on giving it my best shot at making sure we do just that. I would also like to thank Gordon & Su Hall, the owners of Hearts Destiny, along with my husband Graham, for their ongoing support of my career.”