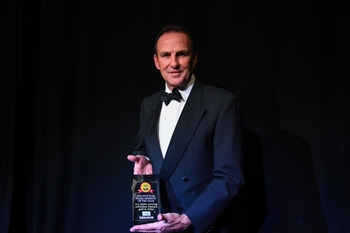 Ben Maher and Explosion W  both picked up awards at last night’s Horse & Hound Awards 2021 in partnership with NAF.

After the 2020 virtual awards, the sponsors and guests were all excited to return to a glittering in-person celebration, held last night (Wednesday, 1 December) at Cheltenham racecourse. More than 250 people attended, with celebrities from across the equestrian world present.

Explosion W picked up the Bloomfields Horse of the Year Award whilst Ben won the NAF Five Star Magic Moment of the Year award for his and Explosion W’s exceptional performance at Tokyo 2020 which saw them win Individual Gold.