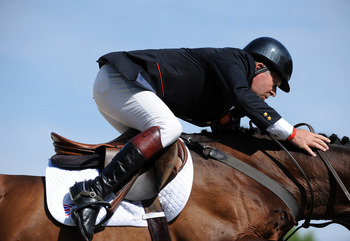 Nick Skelton CBE has proudly accepted the role of Patron for the West Midlands based Charity Socks & Chocs, which was formed in 2007 by ex armed serviceman and retired police officer Ian Northcott, to relieve hardship and distress among homeless people and those in need who are living in adverse housing conditions.

The last seven years has seen Socks and Chocs grow into a nationally recognised Charity which inspires collections of socks, chocs, sleeping bags and gloves from all over the country.  They also run the ‘Big Push’ campaign from September through to Christmas to ensure homeless centres have supplies for winter.

In addition to these initiatives, Ian Northcott, introduced a fundraising B and B project to offer short term accommodation for people which is administered via Midland Heart.

On accepting his role of Patron Nick, who won Individual Showjumping Gold at the Rio Olympic Games, commented “I feel extremely honoured to have been asked to take the role of Patron for a charity that does such tremendous good within my locality.  Iain and his team work selflessly to assist others and I trust that I can help raise the charities profile going forward”

Iain Northcott further commented "I am delighted that Nick Skelton CBE has honoured my humble homeless charity by agreeing to be our patron.  The support means so much more coming from a genuine person like Nick.  I wonder if he has any spare socks?"

For more information and for way to support please visit  www.socksandchocs.co.uk